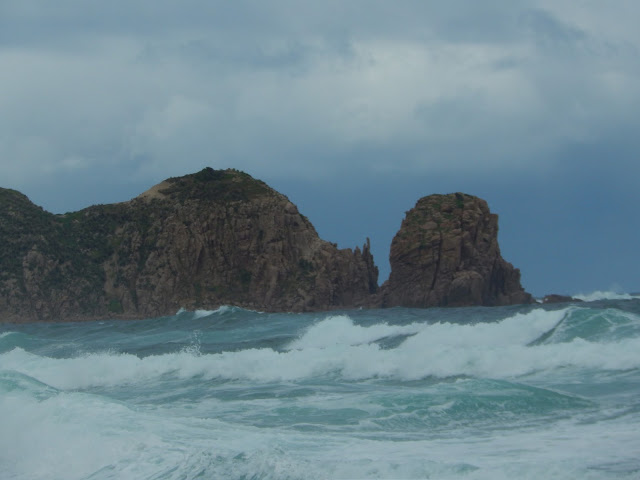 We bid Melbourne farewell, and with it our friends, and continued on our way the next drizzly morning. We drove for what felt like forever along an uninspiring suburban highway that had us feeling thankful that we don't have to commute to work at home. Slowly the landscape started to change, and we were glad to finally turn Bo's nose back toward the coast.

Craig had picked a beach spot for us to stop at on Phillip Island. It had lovely sand and great views of the tumultous sea, and we joked that it had much less seaweed than his previous break spot. Unfortunately, the chosen beach was home to an endangered shearwater nesting ground and only one bird successfully left the beach that season. So... we had to do a lot of side-stepping around bird carcasses... and dying birds. :(  Nevertheless, we enjoyed the stunning view above. 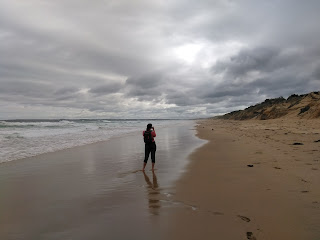 We got back on the road heading to the complete opposite of bustling, trendy Melbourne. Three nights of solitude awaited us at our hideaway on Sandy Point. Where our Melbourne flat had been tiny, loud, and bright, this accommodation had oodles of space (as in, an entire king sized bed and bedroom for EACH of us!), the deafening quiet of a summer resort area in the off-season, and it was so dark that you couldn't see your hand in front of your face once the lights were out. It was perfect! The only similarity was the weather. At least the rain stayed OUTside our place this time. The other bonus? A short walk to a sandy beach, of course. We ventured out and were happy with our decision to come in fall for both the lack of people, and the lack of snakes on the grassy pathway to the beach. 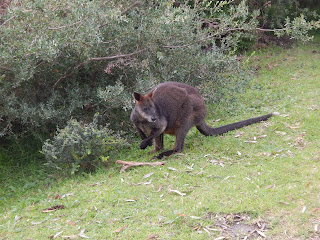 Another draw of staying at Sandy Point is its proximity to the protected marine park, Wilson's Promontory. The Prom is host to such a variety of Australian wildlife that we were bound to see something cool. We set off early the next morning, and the day did not disappoint. We quickly checked the boxes of nearly all the classics: kangaroo, wallaby, emu, and echidna (and sadly a few dead wombats on the side of the road). Alongside the animals, the scenery was stunning. We walked another beach and drove to an impressive viewpoint. We would highly recommend setting aside a couple of days to explore this beautiful and wildlife-abundant area! 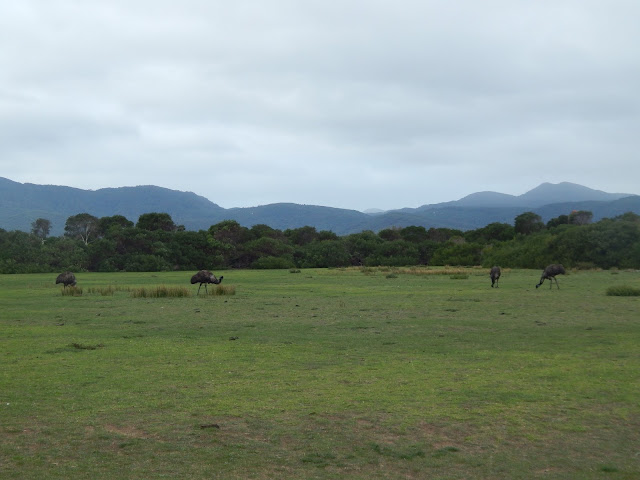 Email ThisBlogThis!Share to TwitterShare to FacebookShare to Pinterest
Labels: B. 02. Australia