Highlights of a Mexican Christmas 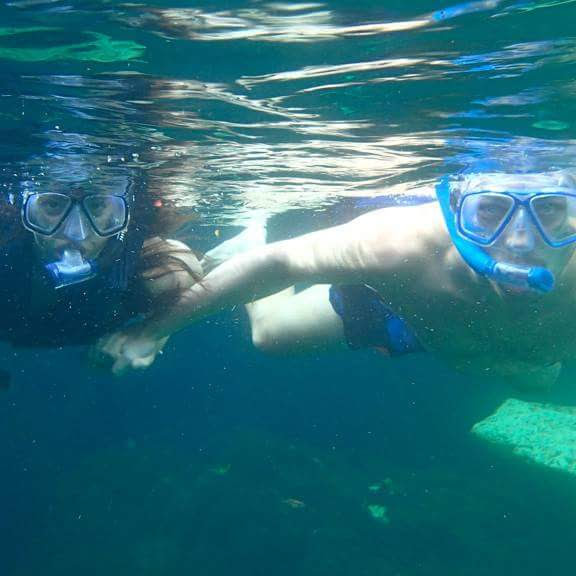 We went to Mexico at Christmas and meet up with the Partners in Wine. It was awesome. At some point, we'll tell you about it and post pictures.

Three and a Half Years Later...
I'm feeling guilty about never writing about this trip, but too much time has passed to do it justice with an accurate recount. Instead, I'll list some memories below that I want to hold on to and share just a few of our favourite pictures. Thanks for understanding!

Playa Del Carmen
- we met up with Kristen and John who were still on their big trip
- they picked us up in a rental car at the airport and had brought us little slushy welcome drinks and made us a sign!
- John was recovering from a near-death experience and hospitalization from dengue fever!
- we ate tons of delicious tacos and tostadas, and drank delicious margaritas and coladas, and played countless games of Wha-bam!
- we day-tripped to Tulum to see the ruins and visited a cenote 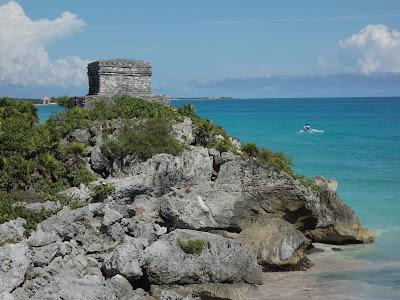 Progresso
- on our way to our next accommodation, we visited the gorgeous ruins at Coba and climbed to the top of them; we had a delicious lunch at a beautiful indoor courtyard in Valladolid where they made the guacamole at our table
- we stayed in a charming beachhouse that lost power each evening and was in the midst of a windstorm when we arrived
- we celebrated Christmas with paper hats, decorations, and a photo shoot on the beach; John and Craig flew kites and got one stuck on the neighbour's roof
- Kristen felt ill so Craig and Erin visited a series of cenotes alone; Craig had a major allergic reaction to the horse-drawn carriage ride and ended up wearing his snorkel goggles to help cut down on the dander; we got stopped by la policia on our way home and were hassled by the officer because we didn't have our passsports...we each thought we were going to end up in jail in only our bathing suits 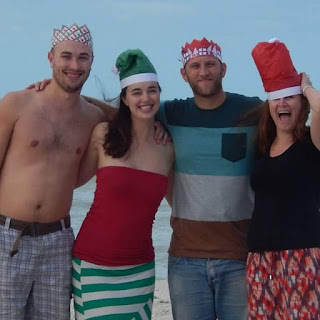 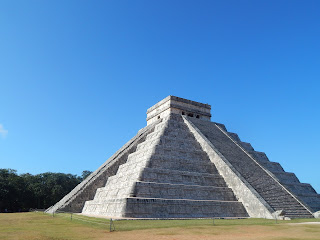 Puerto Morelos
- on our drive there we stopped at Chichen Itza; the number of tourists and tour groups and stalls made for a much less atmospheric visit than Coba (we thought we'd arrived right at opening but hadn't realized there was an hour time difference between there and Progresso)
- we arrived in PM to find the sewage system in our rental to be backed up and "stuff" coming up through the shower drain
- the town was lovely: quaint, quiet, much less touristy, and beautiful with a good beach for relaxing
- we found a great taco and guac spot with the biggest margaritas imaginable
- we celebrated New Year's dancing on the beach (reminder to watch those great videos of John dancing in the sand), and celebrated our great friendship, having now journeyed through three countries together post-Antarctica (with two more countries together in the near future!)
- Craig got stopped at airport security and questioned about an unusual dark spot that showed up on the scanner (the Cards Against Humanity game); we both cringed when the officer reached in and pulled out a card to read. We thankfully weren't detained. 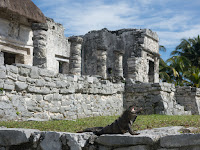 Email ThisBlogThis!Share to TwitterShare to FacebookShare to Pinterest
Labels: 20. Mexico