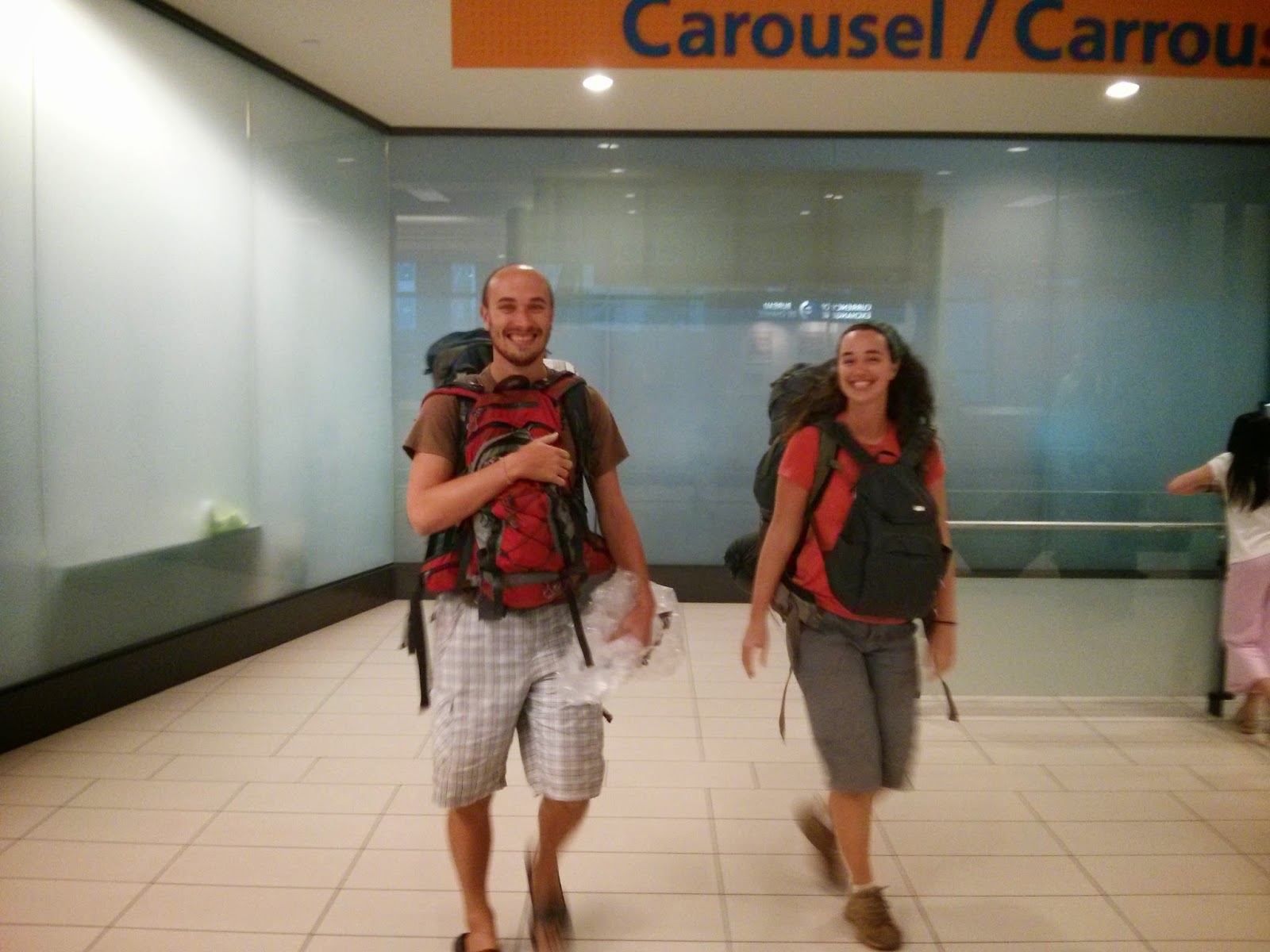 There was no better way to return to Canada than to fly into the nation's capital, Ottawa. The tiny international airport boasted an unlimited number of Canada flags, signposts in French and English, and it even smelled like home! The customs official who greeted us was overwhelmingly friendly, gathering all of the necessary information in that Canadian way that made it feel more like a conversation with an old friend than a stiff bureaucratic exchange. He genuinely seemed excited for us and gladly stamped the last pages of our passports. Waiting on the other side of security were Craig's brother and sister-in-law, smiling away to welcome us to Canadian soil. 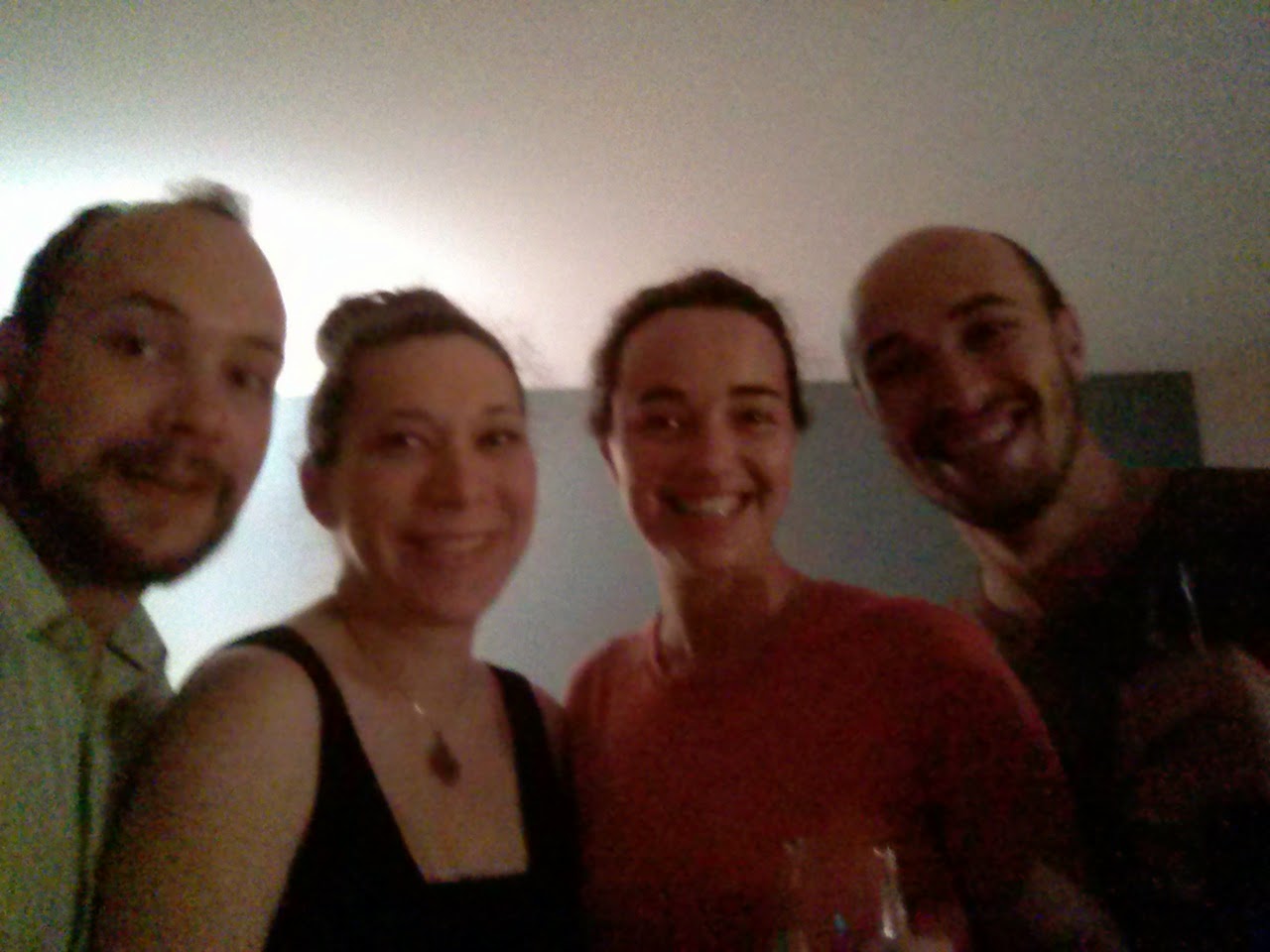 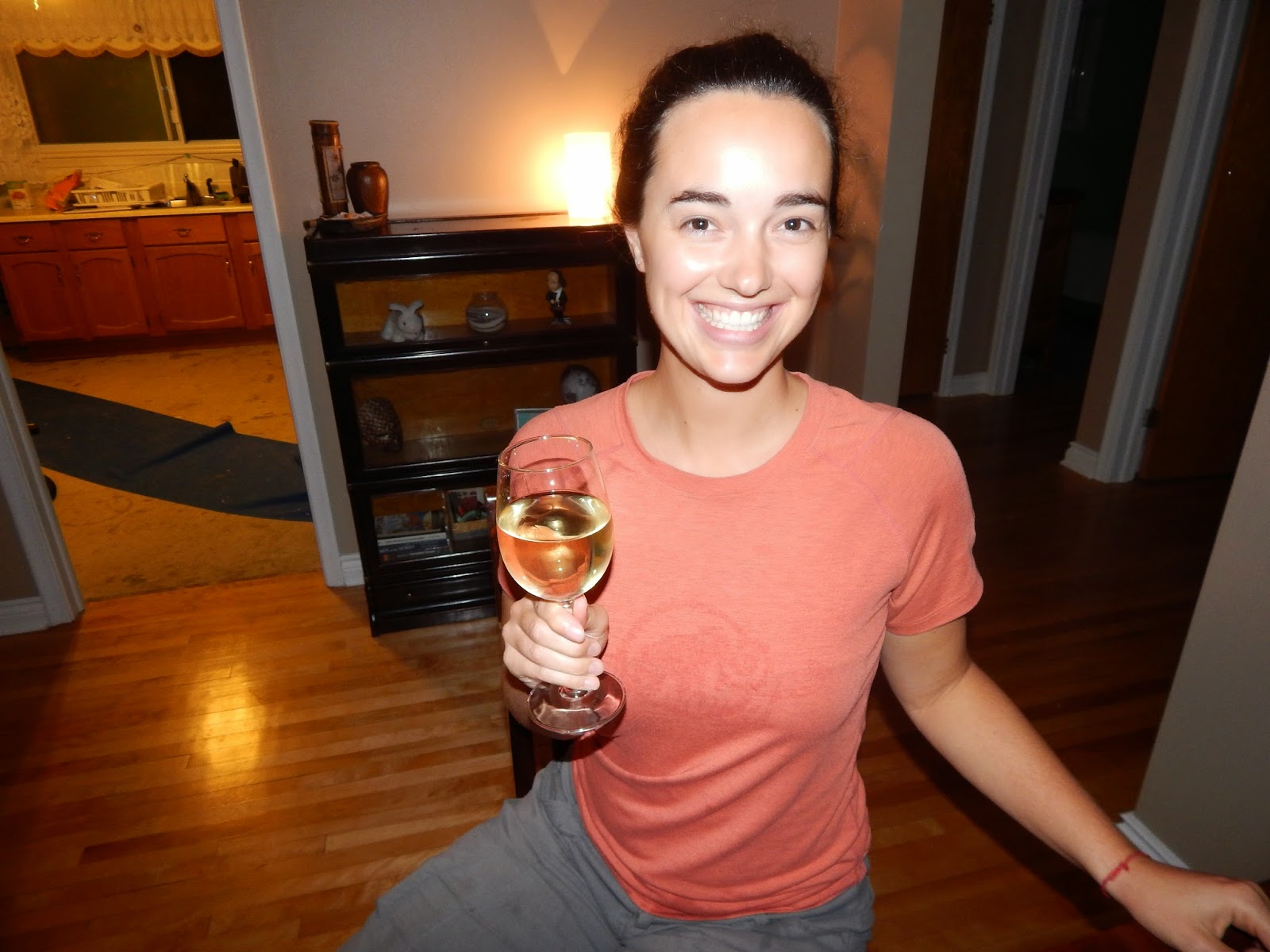 We - and our bags - had made it home safely. We'd somehow managed to carry our two Concho y Toro wine glasses successfully since April, through three countries and eleven flights! We stopped quickly at the grocery store, where we ran around excited to be reunited with all of our favourite foods, then cheersed a terrific journey. 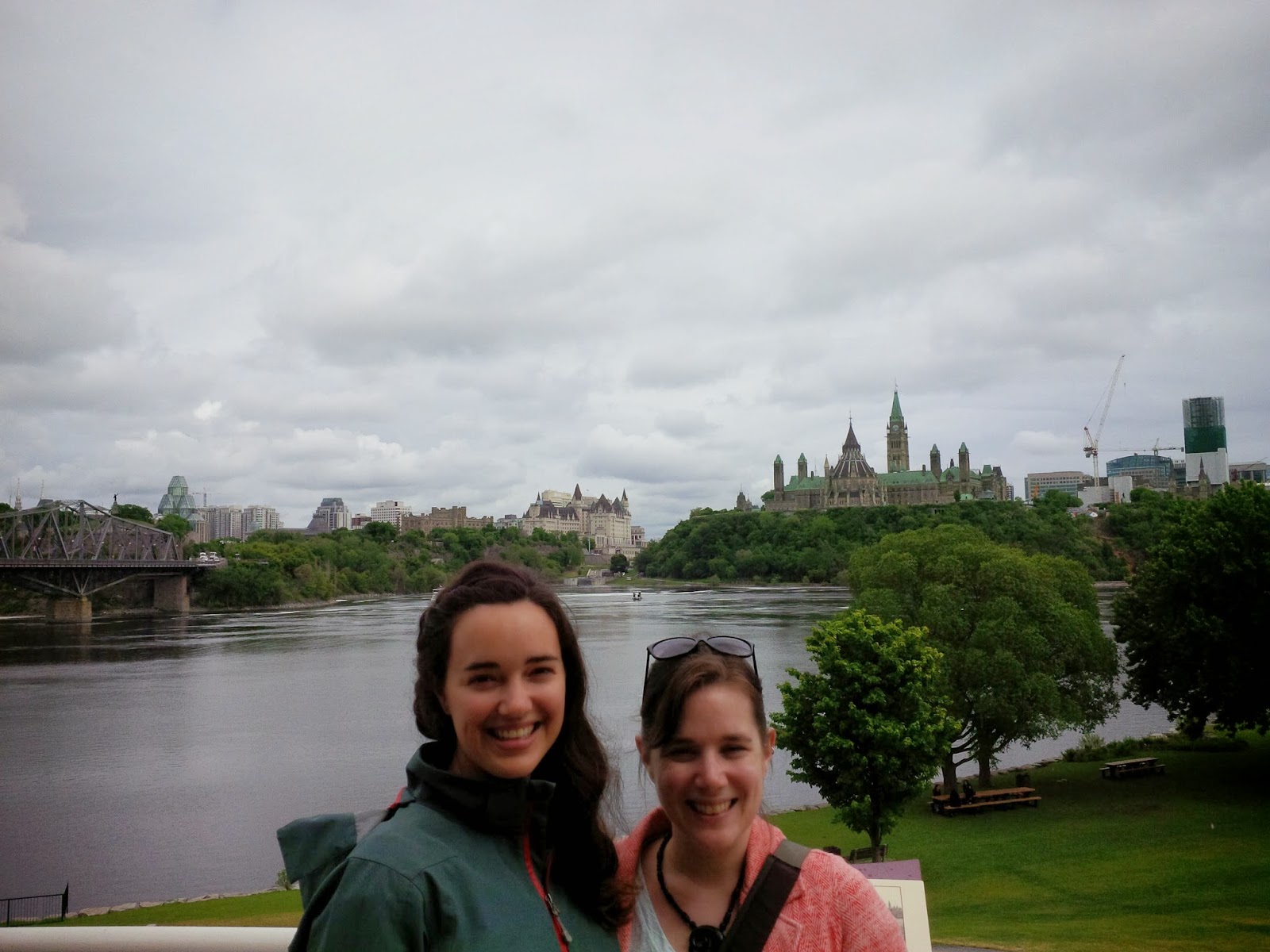 The next few days that followed included a plethora of catch-ups with family and friends, a visit to the wedding venue to see it for the first time, and many heartwarming glances at the many flags that adorned every street corner. In Ottawa we passed by the parliament buildings, walked across the bridge into Quebec to see the view looking back across the river, and played trivia with Craig's old team. 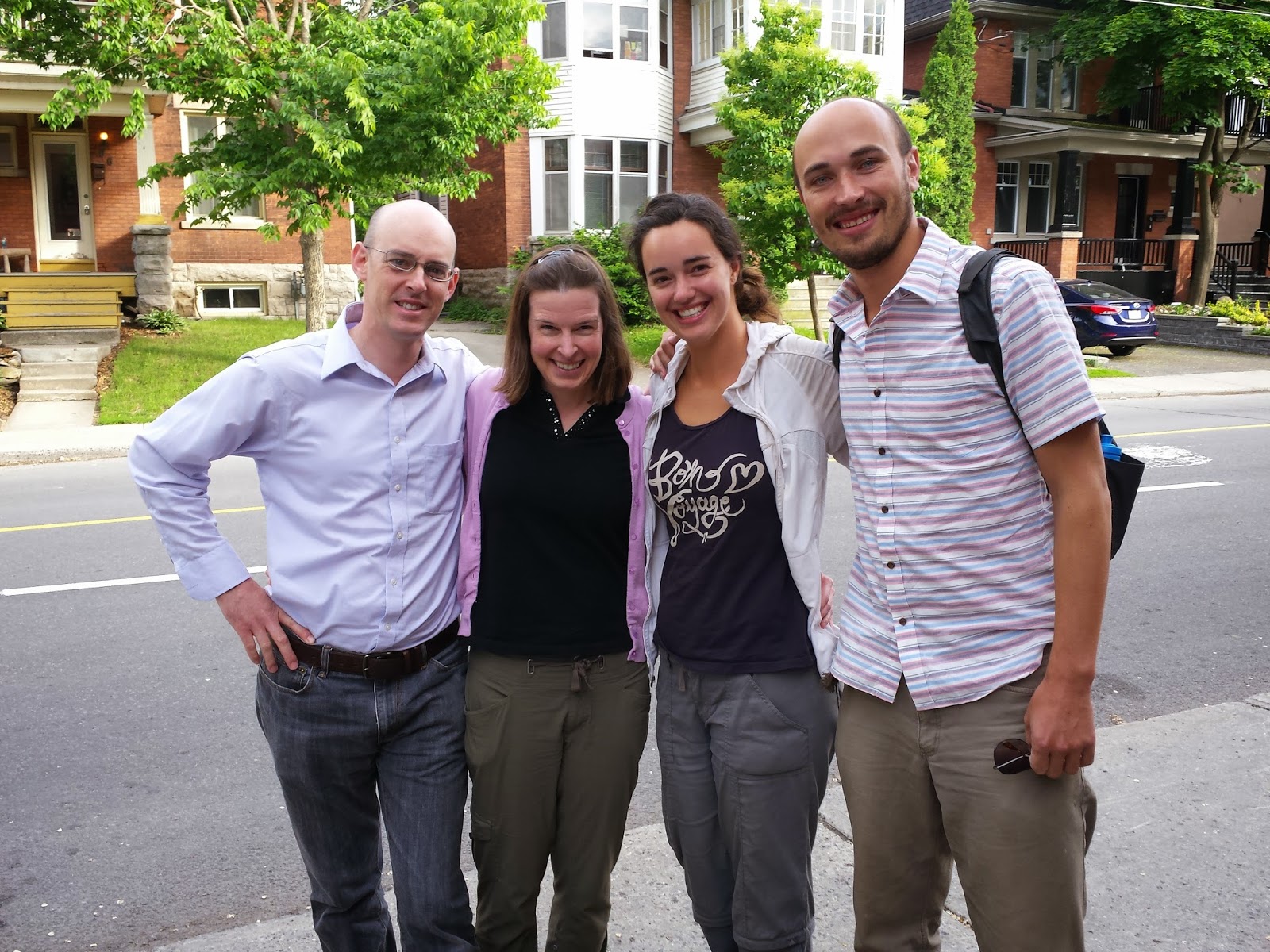 Our days were riddled with moments where we tried to adjust to a North American life again. The waitresses brought us water - for free - and it was from the tap! We couldn't help but fill up our water bottles lest we leave such a precious resource behind. Public toilets were clean and they flushed, though it was hard to get rid of the habit of tossing the tp into the bin rather than the bowl. And we immediately felt disconnected by our lack of cell phone or constant availability to data. Things seemed to move much faster and our days were suddenly much fuller than before. And one of the biggest challenges was the lack of one-on-one time we had...although great to be surrounded by so many friends and family members, it easily became overwhelming. 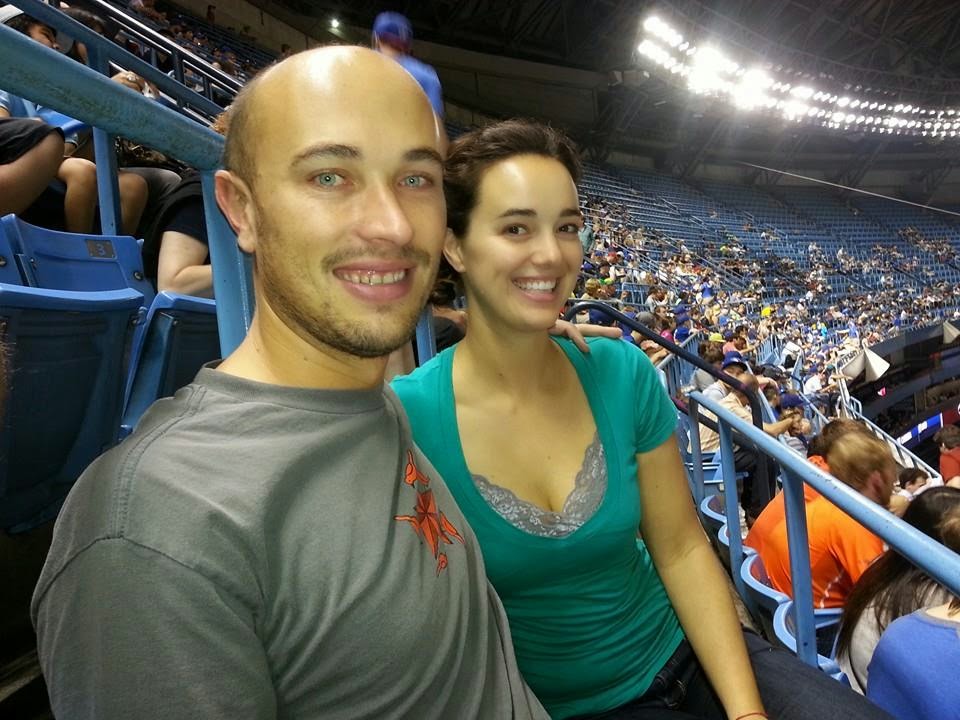 We headed on to Toronto and were greeted by more friends and family members. In amongst the time-consuming wedding planning, we managed to squeeze in a few social gatherings and tourist outings. We watched the Jays demolish the Yankees at the Dome and traipsed around a very busy Toronto Zoo with Erin's nieces. It was so good to be home. Sometimes being a tourist in your own town is just as fulfilling as being on the road!

Email ThisBlogThis!Share to TwitterShare to FacebookShare to Pinterest
Labels: 19. Canada